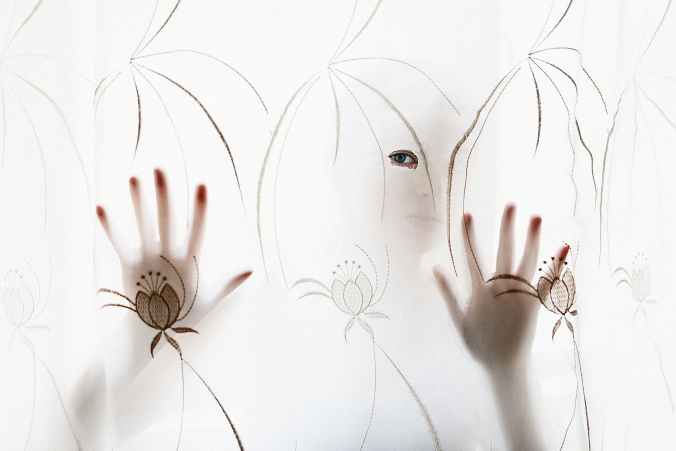 Photo by Elizaveta Dushechkina on Pexels.com

Here’s the final installment of my quarantine romance parable set in Minneapolis. I hope it offers a fun, but relevant distraction during these trying times! (Read Part 1 here and Part 2 here.)

Thanks goes to my writers group for helping me get the story to this point (Lacey Louwagie VenOsdel, Linda Olson, and Jim Phillips). And thanks to Teague Alexy for sharing his musical mind with me.

Will Jane call Sam? Does Jane have cryptofungosis? (Don’t you think it’s weird this disease I made up a few years ago starts with the same letter as coronavirus?!) Will Jane and Sam ever meet in person? Read on….

On Monday evening, Sam just finished supper when his cell phone rang. “Jane Johnson” showed up on his caller ID. His heart went still at the unfamiliar name. He hoped it was his Jane.

He swallowed hard. “Hi, this is Sam.”

A moment of silence followed, until the voice behind his songs spoke. “Hi Sam, this is Jane.”

He didn’t know what to say, but quickly opted for cool and casual. “Hey Jane, thanks for calling! I guess you got my note.”

“Yes. Thanks for the CD. I liked listening to it. You probably hear this all the time, but you’re a really good musician.”

“Well, I’m back to being a musician again, thanks to you,” Sam said, feeling trapped in the simplicity of his words. There was so much more he wanted to say.

“Oh, I’m sure it’s not just me. You would have gotten inspired some other way, even if you hadn’t overheard me in the shower.”

Sam thought about this. She might be right. Something or somebody else might have inspired him down the line. “But the thing is, I did hear you and you did inspire me.” He told Jane how he felt weird about it and had tried to meet her in their building.

“About that –” Sam said, not wanting to call the disease by name, especially since she hadn’t. “When do you find out?”

“Wow, tomorrow. If you don’t have it, do you get to leave right away?”

“Probably not until Tuesday. It depends on when my doctor is at the hospital to sign what needs to be signed. The CDC is pretty strict about that stuff for quarantine release.”

Sam didn’t want to ask the next question and possibly upset her, but he needed to know. “And how long would you be in if you do have it?”

Jane sighed. “Another couple of weeks.”

“That sucks. Let’s hope for the best, then.”

“You got that right, I’m about ready to tear my hair out as it is.”

“Hey, want to hear one of your songs?” Sam asked.

“Okay, I have to go grab my guitar. And I need to sing quietly because the neighbors — not you, of course — get upset if I sing too loudly.”

“Hey, can you video chat with your phone?”

“No, sorry. My phone’s pretty basic.”

Sam swallowed his disappointment. “Okay. Hold on.” He got his guitar and sat on the couch. He switched on his phone’s speaker.

As he began singing “Stranded,” Sam noticed a quiver in his voice. Although he had performed the song in front of audiences half a dozen times already, this was different. This was Jane.

He stopped and cleared his throat. “Sorry,” he said, taking a second to regain his composure. He continued, his voice stronger than before.

Afterward, Jane was quiet for so long, Sam thought they’d been disconnected.

“It’s beautiful,” she said. “I can’t believe you got that out of something you overheard from me.”

Her voice was soft, and he couldn’t quite tell what emotions were behind it.

“I think I’d better go,” she said. “Someone’s coming in to take my vitals. Six times a day, every day. Doesn’t even matter if I’m sleeping. But they’re earlier than usual tonight.”

Was that a hint of disappointment Sam heard in her voice? “Oh, okay,” he said, although he didn’t want their conversation to end.

“You got my phone number to call back?” she asked.

“Okay. Give me a call tomorrow night. I should know by then.”

Sam hesitated. “Okay,” he said. “I’ll call you. Hang in there, you hear? I’ll be here whatever happens.”

Jane’s voice softened again. “Thanks. I appreciate that. I’ll talk to you tomorrow.”

Sam wanted a few more moments on the line with her, so he waited before saying, “Bye Jane. And good night.”

Tossing and turning that night, Sam had an idea. Early the next morning before his shift at the co-op, he rode back to the hospital and bought a teddy bear for Jane from the gift shop. It was tan and plump. Smiling, it held a red heart that read, “Get Well Soon.”

Poor Jane. Today was D-Day. He hoped to God she didn’t have crypto, both so she could avoid further isolation — and because he wanted to see her — to meet her in person as soon as possible.

The question of her appearance still nagged at him. As he walked down the hallway to her unit clutching the bear, he thought about asking Gladys what Jane looked like. But any way he worked out the request in his head sounded weird and shallow. He reminded himself that it was the place inside her that her songs came that mattered.

When he arrived at the nursing station, Gladys wasn’t there. Sam left the bear with the other nurse on duty and asked her to give it to Jane.

Work was unbearable. He mixed up brands of organic kidney beans on the shelves, put the kale in the green onion bin, and got reprimanded by his boss for forgetting to close the storeroom refrigerator door completely.

He should just go home. How was he going to survive the next few hours? Shit, how was she going to? He hoped the teddy bear would help. It seemed so lame, but it was the best he could do for now.

He was so scattered and stressed, he couldn’t even channel his feelings into a song.

After narrowly surviving his bike ride through the traffic, Sam arrived home. He couldn’t eat. Instead, he paced his living room floor until he thought it was a good time to call Jane: 7 p.m.

His heart raced as he punched her contact listing on his cell.

She answered after the second ring with a “Hey Sam.”

He tried to divine her emotions from her greeting. Dare he think she sounded relaxed?

Sam couldn’t speak for a few moments. “Oh, I am so happy to hear that!”

“So when can I spring you from the joint?”

Now it was Jane’s turn to pause. “You want to bring me home?”

“I’d like that.” Jane’s voice had gone all soft. The sound melted something in Sam’s belly. “Anyway, I don’t have my car here because I took the bus to work. My car’s parked in front of our building.”

In his enthusiasm to bring Jane home, Sam conveniently overlooked that all he had to offer her for transportation was his bike. He felt like an idiot, but an alternative came to him quickly. “Hey, I don’t have a car, either, but I’ll pick you up in a cab.”

“I’ll hold you to that.” After a moment, Jane added, “Guess what I am hugging right now?”

“You got it. He’s my favorite visitor so far,” she said.

“I’m glad to hear that. I figured you would need something to hug today, either way.”

“I still can’t quite believe I don’t have crypto,” Jane said. “After I found out, I said a prayer for all those poor people who do. I felt guilty to be so relieved when they are suffering.”

“It’s all right, Jane. The only one you can do anything about now is yourself.”

As Sam rode in the cab the next morning, he thought about the fitful night he’d just spent wondering about Jane. He wasn’t sure how he’d react when he saw her for the first time.

From their phone conversations, he’d built a clearer picture of her in his head – more than just the long hair and wet skin he’d imagined before. Now he imagined her eyes, colored with compassion, and brown hair. Her voice didn’t sound encumbered, and he wanted to believe it came from a graceful neck and through smooth lips.

He wanted to be attracted to her, but what if, when he saw her in just a few moments, he wasn’t?

He knew himself well enough to understand that he would be disappointed if he wasn’t. In that case, maybe he and Jane could just be friends. Would that be enough? Would he still gain inspiration from her once he knew what she looked like?

For a few moments, he thought about turning around and not meeting her. Maybe it was better not to know what she looked like. That way, he could maintain his vision of her — not have reality intrude. He could just tell the cabbie to do a U-turn and . . . .

No. Jane would be disappointed if he weren’t there to pick her up. He needed to go through with it. He needed to meet this woman, no matter what. If he wasn’t attracted to her, it wouldn’t be the end of the world. And why should the world revolve around him, anyway?

Sam watched the trees laden with green leaves slip past outside the cab windows, his eyes shielded from the sunbeams by his corn seed cap. Selene flitted through his mind. Had he ever felt this strongly about her? Would he be willing to rearrange his gig schedule for Jane’s birthday or for Valentine’s Day?

Honestly, he felt willing to do just about anything for this woman. A spike of nerves made his stomach clench.

Soon, the cab pulled up to the hospital doors. Sam instructed the cabbie to wait and he got out. As he walked through the doors and down the hallways with their locked rooms and harsh smell of disinfectant, his stomach rolled into an even tighter ball.

His mother’s face, vague and brooding, seemed reflected in the curtained windows. He took off his cap and stuck it in his back pocket, drew his hand through his hair.

Finally, he saw Gladys standing behind the nursing station desk.

They walked a few doors down and Gladys opened Jane’s door.

I hope you enjoyed the story! Let me know what you think happens once Sam sees Jane. Should appearance be as important as it is in our society?

4 thoughts on “Coronavirus Chronicles — The Shower Singer, Part 3 of 3”