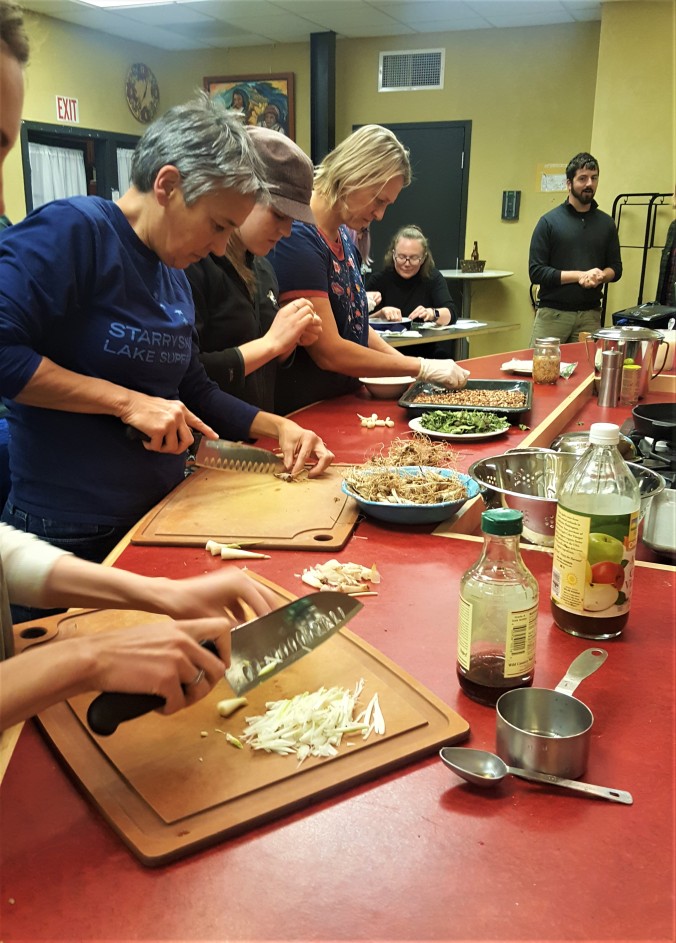 I took a class this week at my local Whole Foods Coop to learn how to make a pizza from foraged ingredients. The crust ingredients included wild rice flour, which is relatively easy to find and make, and acorn flour, which takes more work because you need to soak the nuts to remove the tannins.

Earlier, when I signed up for the class, I was psyched by the idea of making some acorn flour myself. However, the oak trees in my neighborhood do not seem to be cooperating this year. Last year, gobs of acorns were everywhere – so many littered the ground that walking on my neighborhood trail was hazardous — like walking on a bunch of marbles.

Our instructor, Gil Schwartz from Seasonally Sourced Foods in Washburn, Wisconsin, explained that oaks go through boom and bust cycles when it comes to producing acorns. Apparently, in my neighborhood, this year is a bust cycle, and all the trees are busting at the same time. Perhaps next fall I can indulge in my acorn-flour-making fantasy.

Anyway, I digress. While the crust cooked in the oven, we worked on the sauce and processed the other ingredients for toppings. I don’t want to hurt Gil’s business, so I’m not going to divulge his recipe. But I will say that the sauce involved simmering black nightshade berries (which are edible and taste tomatoey), sliced wild leek blubs (also known as ramps), and apple cider vinegar, with salt and dried bergamot (which tastes like oregano) for spices.

The toppings included wintercress (a spinachy-mustardy tasting plant also known as yellow rocket), cooked black trumpet and hen of the woods mushrooms, “cheese” made from the insides of young milkweed pods (boiled), and ground roasted hazelnuts.

After the crust and sauce were cooked, we assembled everything onto the pizza and cooked that for about ten minutes.

Although I only got to eat a small piece of the pizza (we had to divide the pan into twenty pieces since twenty of us were in the class), it was tasty and filling. It made me glad to know that if our society collapses and Domino’s Pizza disappears, a pizza of sorts could still be had.

My classmates joked that with all the work that went into finding and prepping the gourmet ingredients for this pizza, it would cost at least $150 to order off a menu. It made me realize that spending $20 for a class and only getting a small piece of pizza to eat wasn’t such a bad deal, after all! 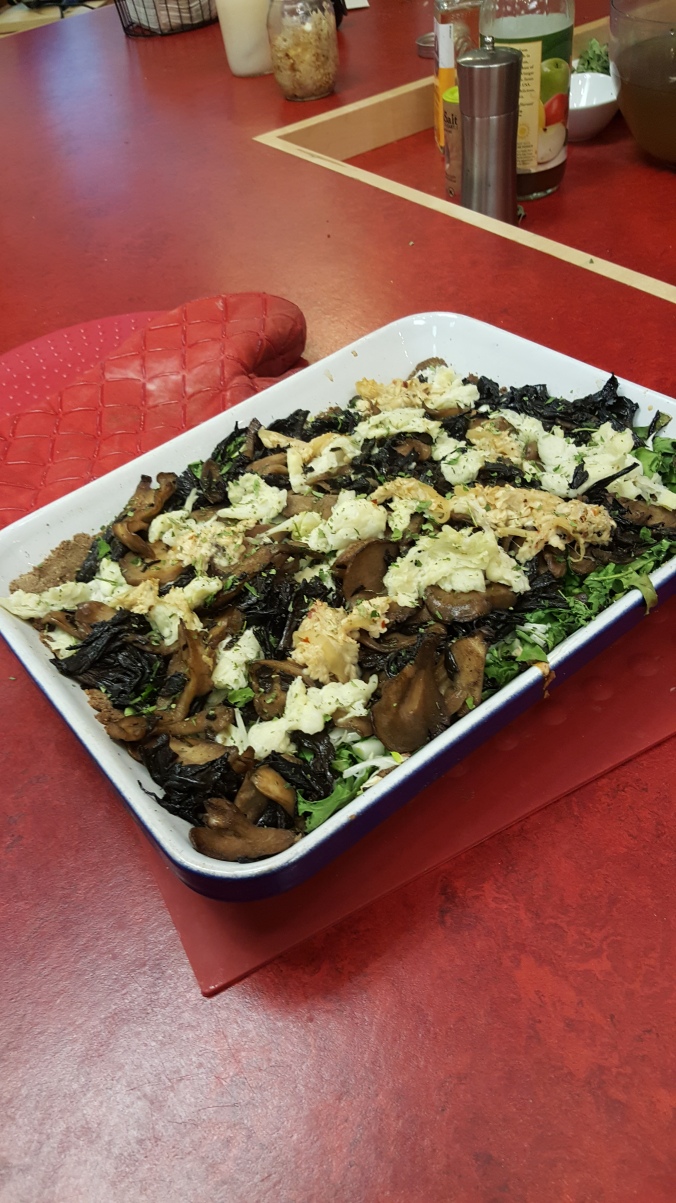 4 thoughts on “Foraging for Wild Pizza”